People often ask me why I never became a racing driver if I love the sport so much. Trust me folks, it wasn’t because I didn’t fancy doing it as a kid. In an ideal fairytale world, I would have been much like my contemporaries such as Ben Edwards, Mark Werrell and Chris Hartley and been a racing driver first. 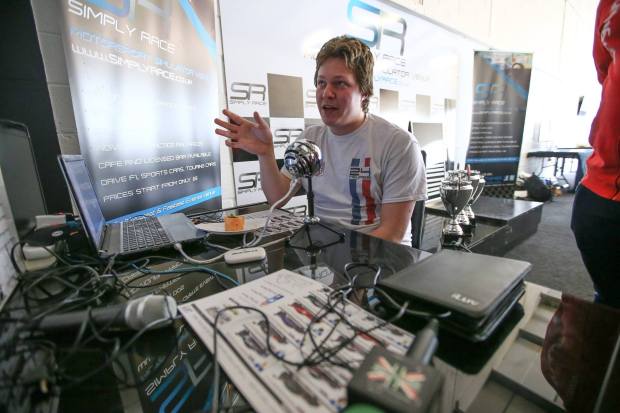 The trouble is money. My parents were always really focused on making sure we all had as perfect an equilibrium as physically possible, and the racing world was never going to accommodate that. It was ludicrously expensive even in the 1990s and travelling across the country every weekend to race was never going to be an option. And even though my passion was there, I never would have been good enough to take it somewhere serious. I have subsequently discovered when I have gone karting that I just don’t have that killer instinct required to go for the overtake when the race is on the line. I’m too worried about hurting myself to push it to the ragged edge. So racing or karting for real is always going to be a bit of a laugh.

However, part of me has always wondered what would have happened if money was no option and fairytales were feasible. Fortunately, there is an arena where I can do that: sim racing.

I have been playing video games since 1997 and it’s only really within the last five years that I have wanted to take it to the next level. I’ve certainly dipped in and out of it on my Xbox from time to time, but in 2018 it’s time to get serious about it. I have decided that this is the year I want to pursue the world of eSports and sim racing as if I were a professional athlete. I have been training extensively over the winter on various simulators and at various disciplines and I believe I am ready to push with it for a 2018 campaign in various leagues. 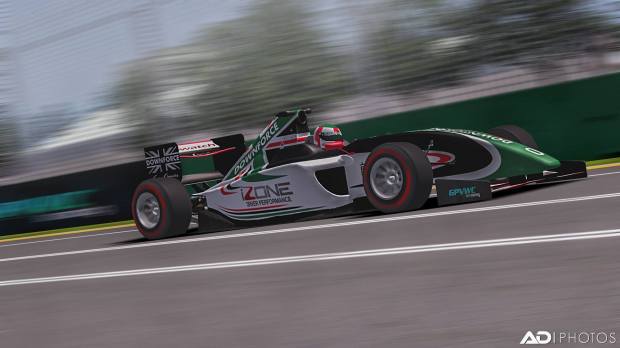 To answer these naive and innocent questions, you have to know a little bit more about me. Firstly, I have been in love with racing since the age of 6 and have always wanted to get as close to the world of motorsport as possible. Commentary has put me ridiculously close to the action on many occasions, with some fantastic opportunities. The only way to get closer is to race, and I can’t do that.

Secondly, I’m no Jeremy Clarkson or Chris Harris, and can’t just jump into a racing car anytime I want to, even despite some fantastic offers I’ve been given in the past. Money is so critical in the winter and time is so precious in the midweek that I can’t enjoy the ultimate freedom of choice in where I go and what I do. One day that may change but for now I’m limited to being at the right circuits at the right time for the right clients.

Thirdly, in sim racing I can push to the ragged edge without fear of injury. And that means I can explore my limits. It’s a safe environment where money isn’t out of control and I can evolve and adapt my skills as a racing driver without the risk of ending up in a hospital bed.

Finally, sim racing genuinely gives me a chance to explore racing disciplines that even the likes of Lewis Hamilton or Petter Solberg can’t play around in. The ability to race a Le Mans Prototype one day, a NASCAR stock car the next and then be in a rallycross machine, a Formula E car and a GT Aston Martin over the course of one week is one of privilege. To the outsider, it may not be “real” but to somebody in my current circumstances it’s as real as it will ever get.

Plus, I have genuinely found commentating on GPVWC, TORA, RaceDepartment and the various disciplines of sim racing I’ve been involved with over the last five years have kept me “match-fit”, helped to evolve my abilities as a commentator and develop as a broadcaster. It’s the most incredible training tool possible for drivers and broadcasters alike and I could not be as good at my job as I currently am without it.

To me, this is not a game. It might be a hobby admittedly, but it’s what I know and it’s what I feel at peace with. eSports is growing rapidly, and I believe 2018 is the turning point year, with more and more championships and organisations recognising virtual racing as a genuine competitive sport.

So in 2018 I’ll be competing in the likes of GPVWC, iRacing, TORA, SRS, UKSim, UKDirt and other leagues either for the Downforce Racing or TPC Sim Racing squads and, to me it will be serious, it will be tough and I will be giving it 100% of my focus, discipline and attention as a sporting discipline and as an athlete in 2018. For me it’s a big deal, and it’ll be the first time I really get to test what I can do behind the wheel. Personally, I’m just grateful that the world of virtual racing as evolved fast enough to give me the chance to do it while I’m still interested in it. My commentary will get better for doing it too as I learn more about the mind of a racing driver. So for me it’s a win-win, even if it takes a long time to actually win…….